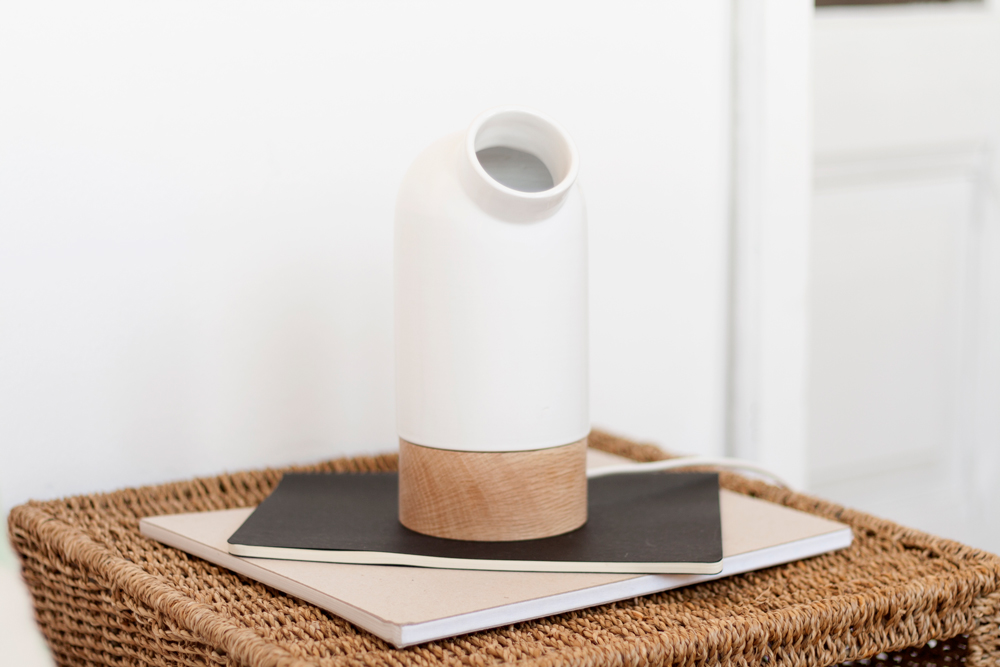 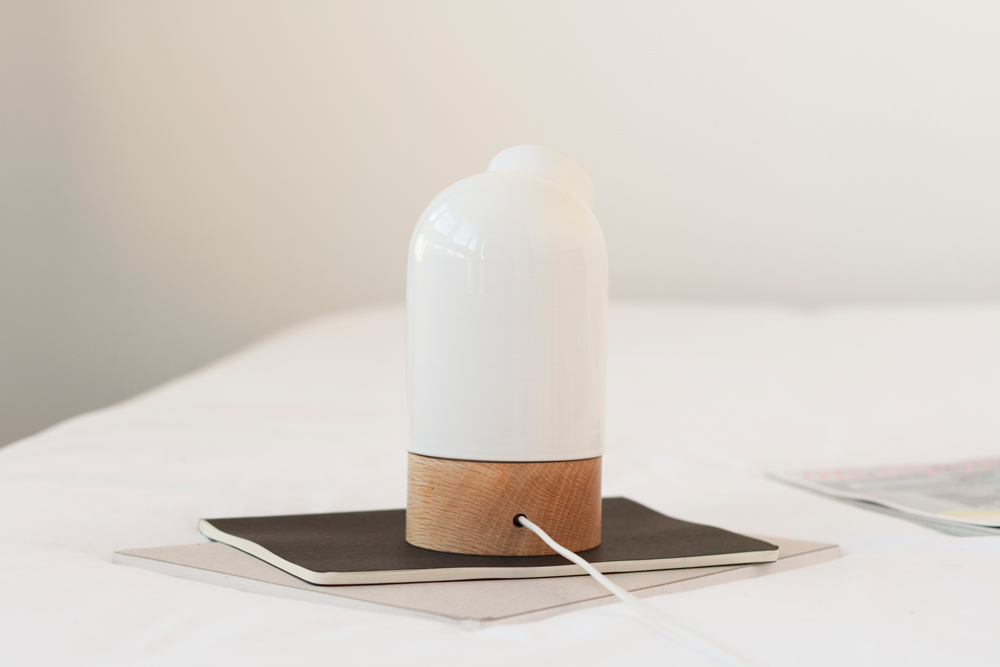 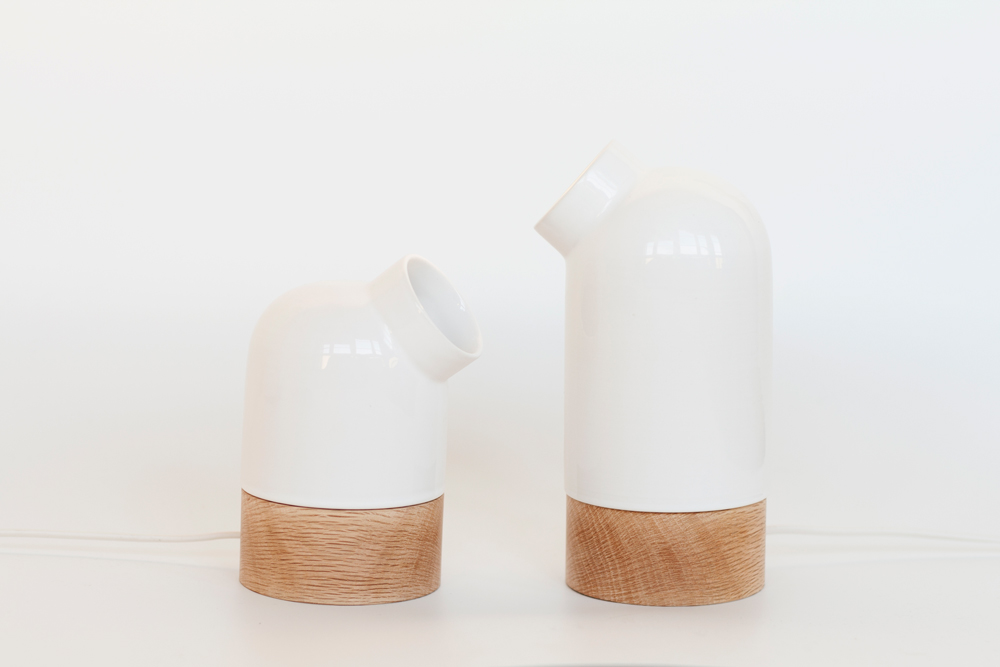 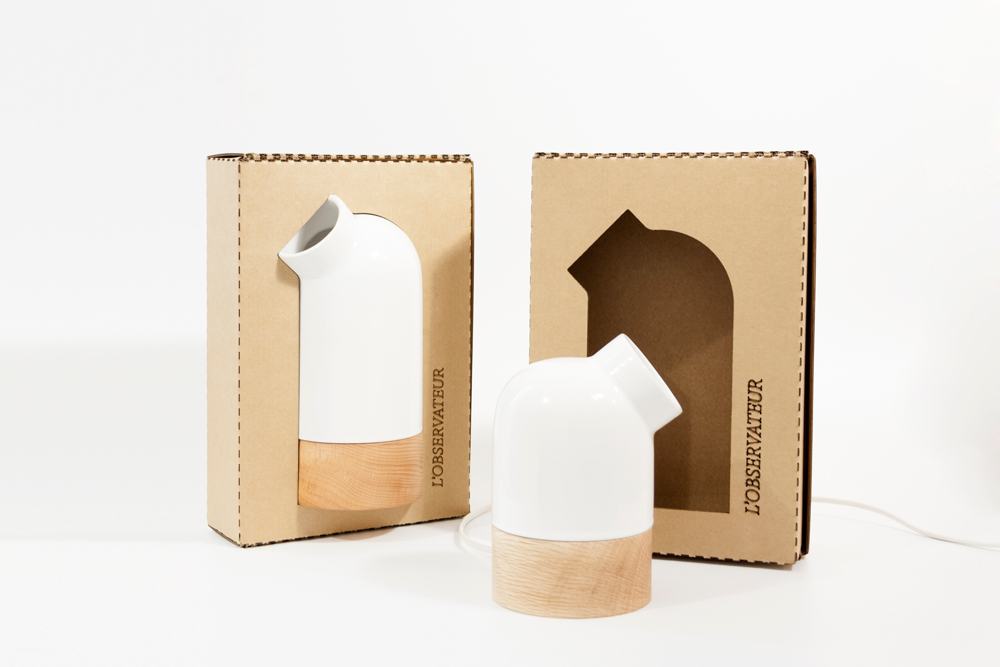 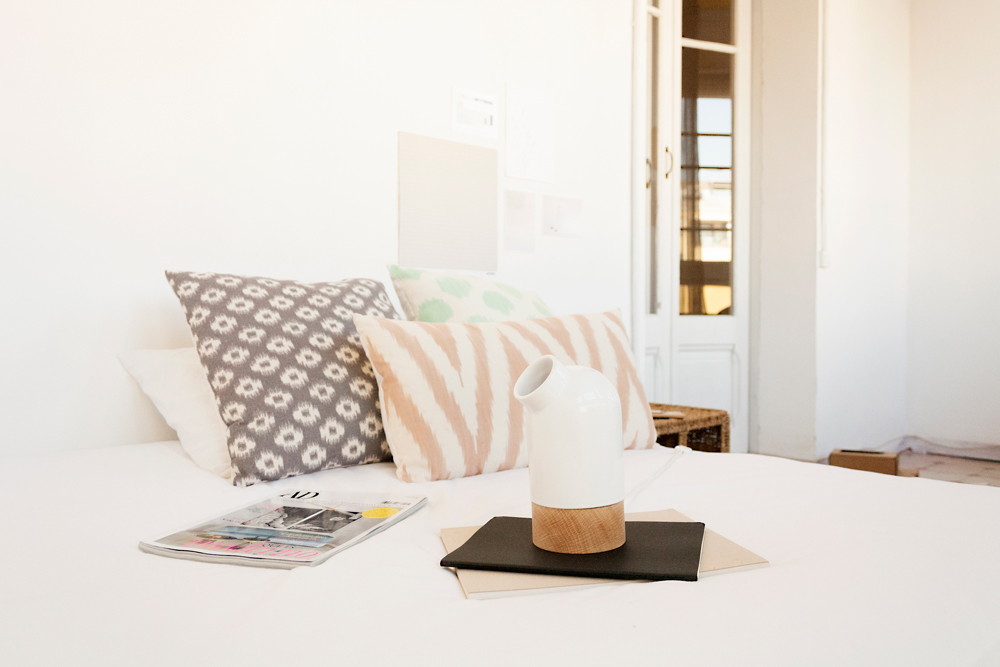 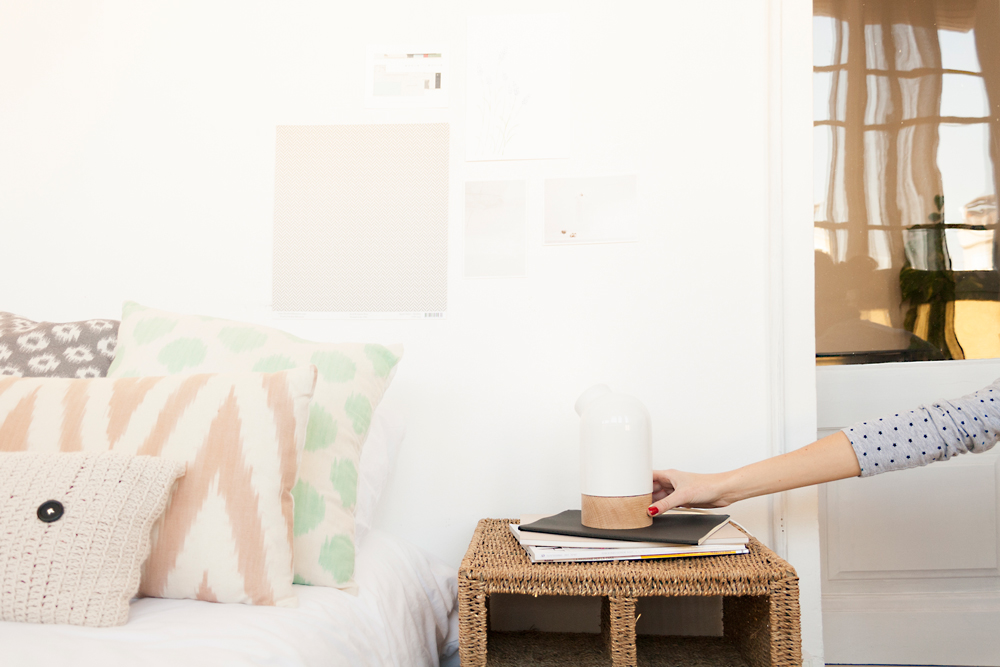 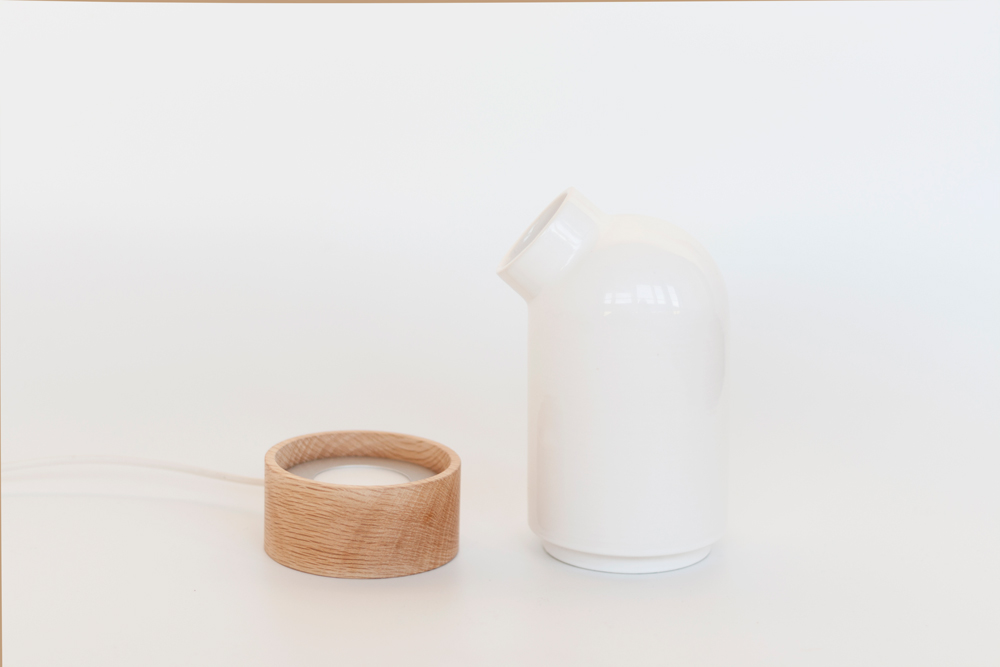 L’Observateur is a gaze at the sky, an observatory that exchanges its role with the stars and becomes
a luminary. It is a curious union of a technological inspiration and the archaic idiosyncrasy of the clay. The nexus of the research was the deliberation around the auxiliary light.
The experimentation around the light was influenced by the attractive illumination that candles produce and how it could be updated to the led revolution. The final result is a cross between a spotlight and a decorative lamps which is divided in two levels. The first one is clean, cold and with a soft shap whereas the other one is warmer, with a complex texture Nevertheless, despite the contrast in the surfaces, the combination creates a pleasing composition.
Made in collaboration with Javier Masa from NMASA Design